No items found.
Product is not available in this quantity.
0

No items found.
Product is not available in this quantity. 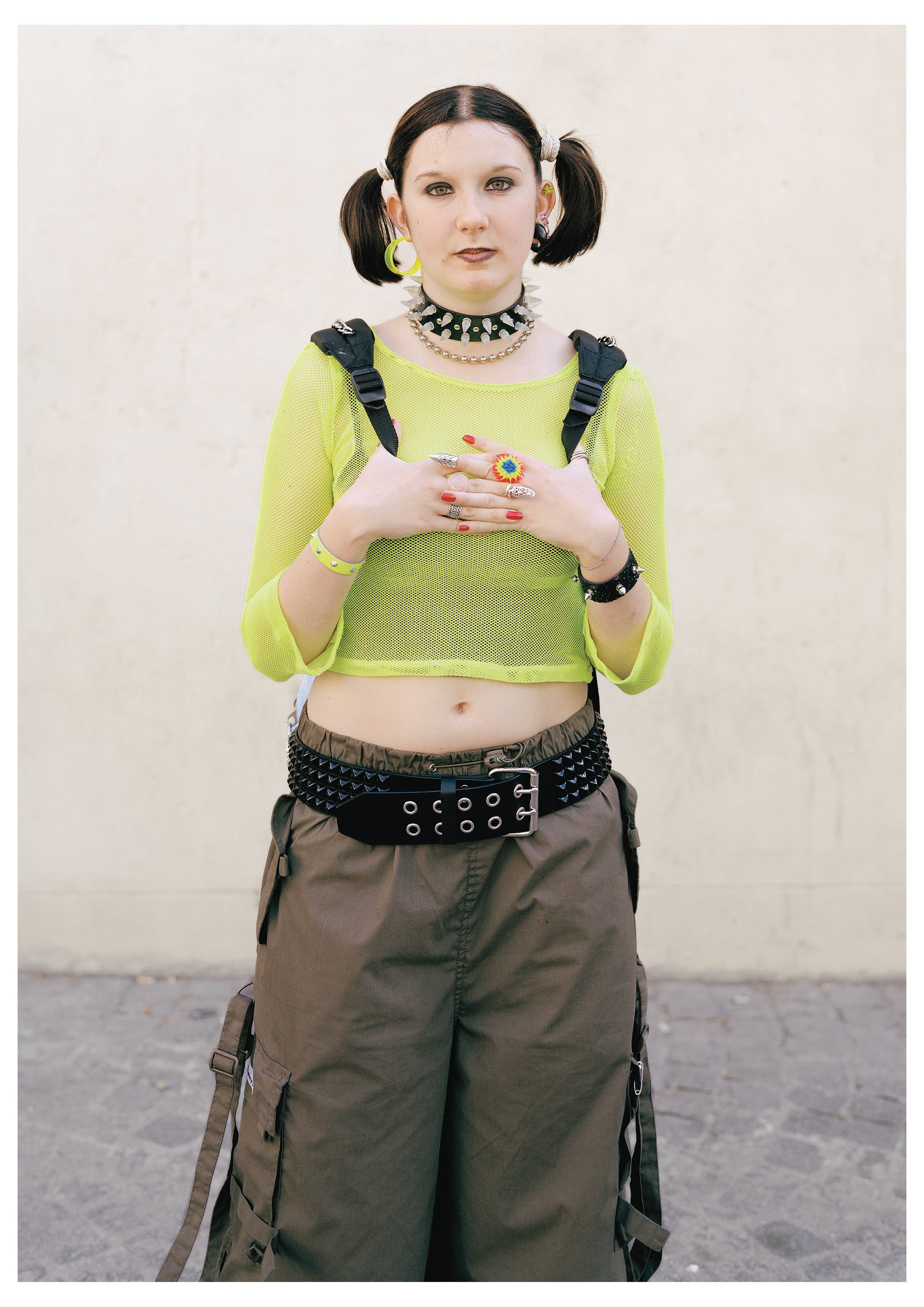 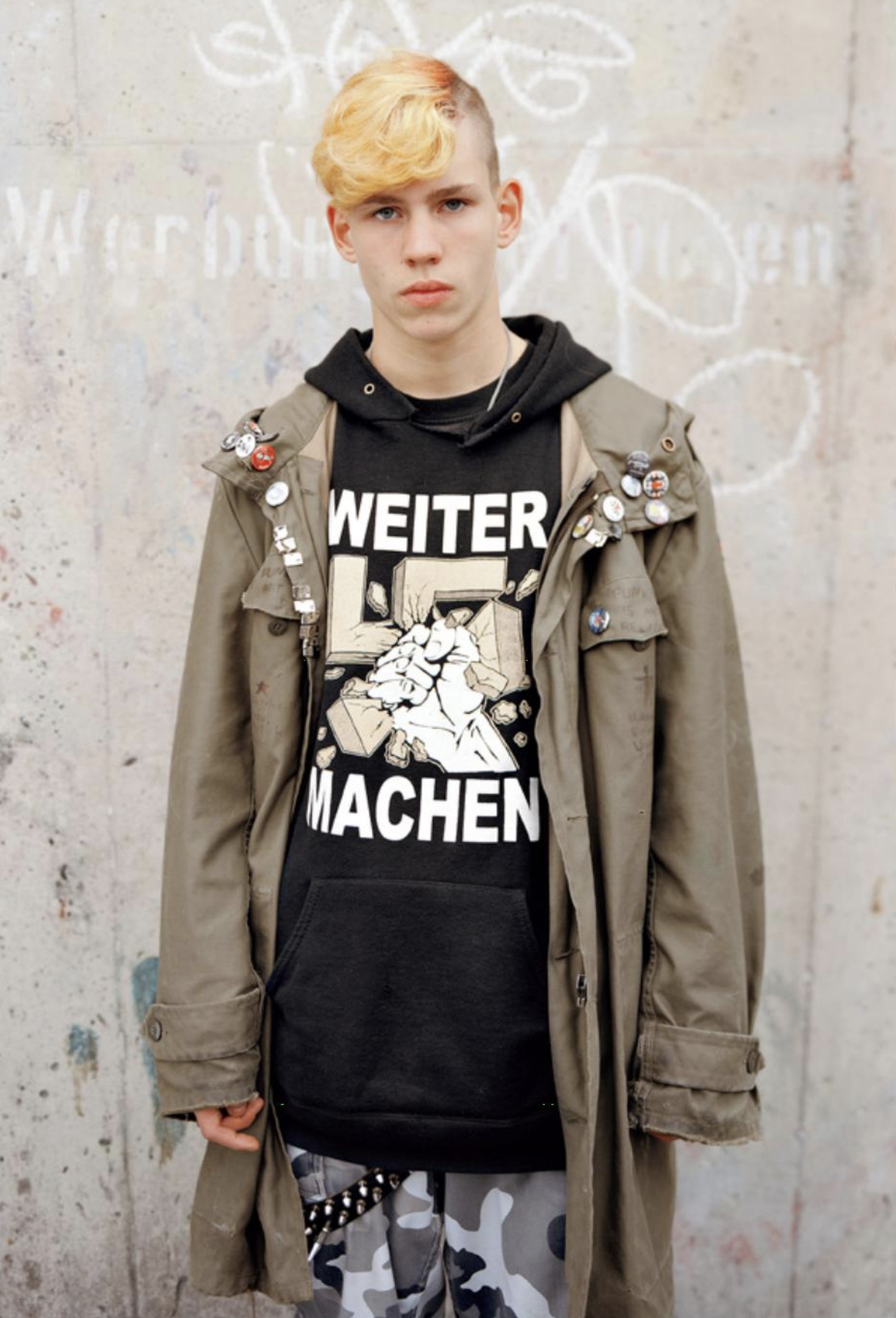 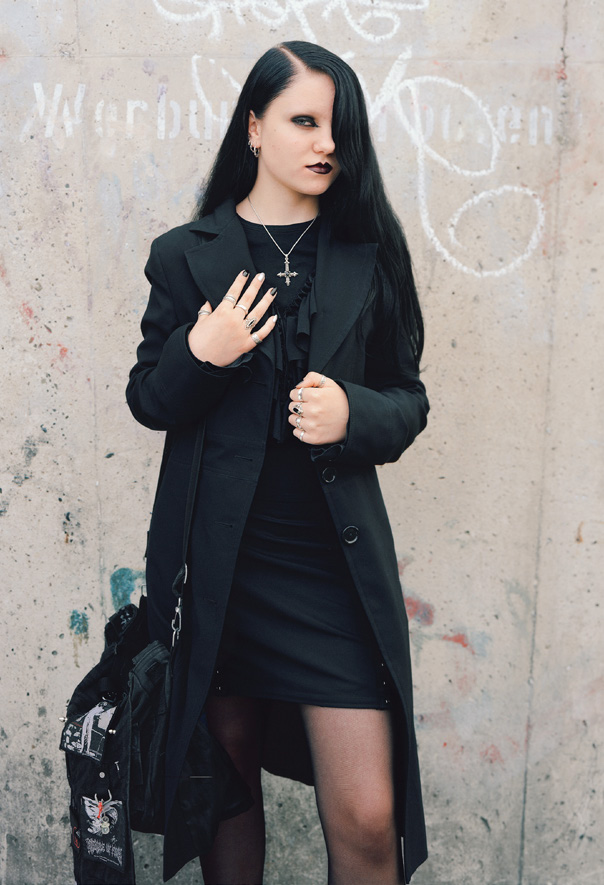 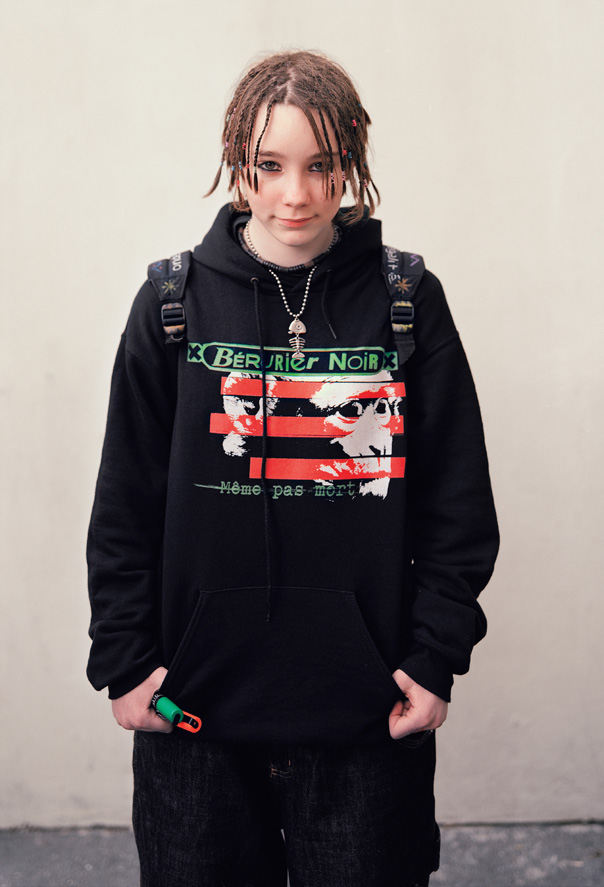 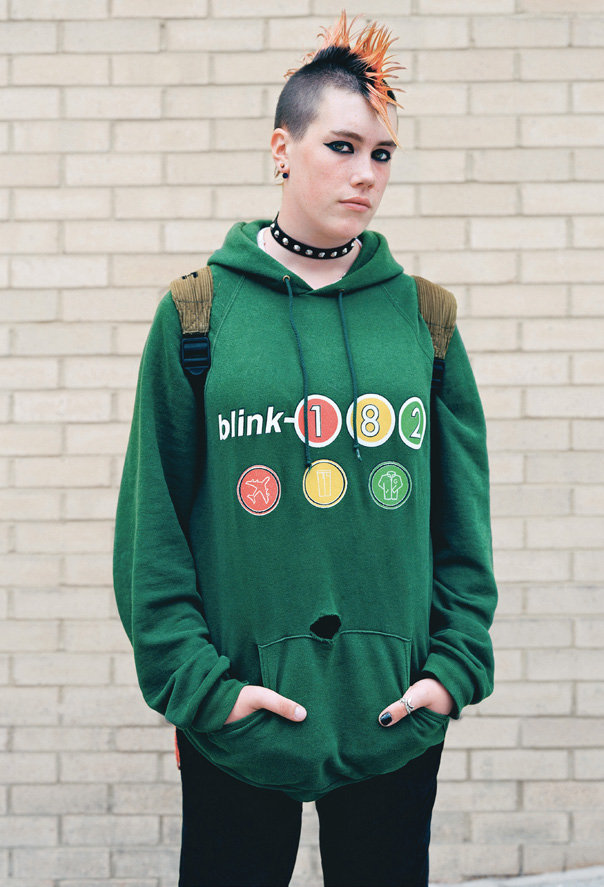 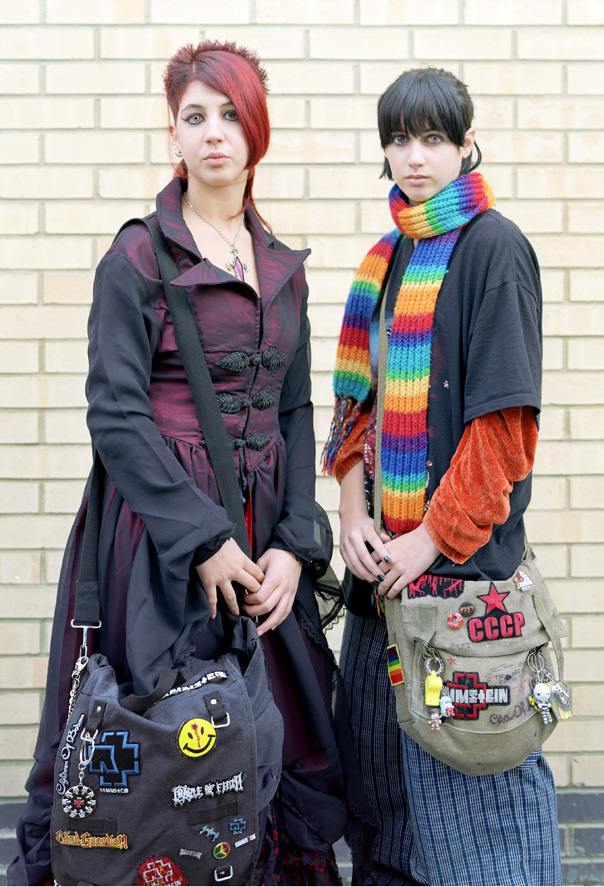 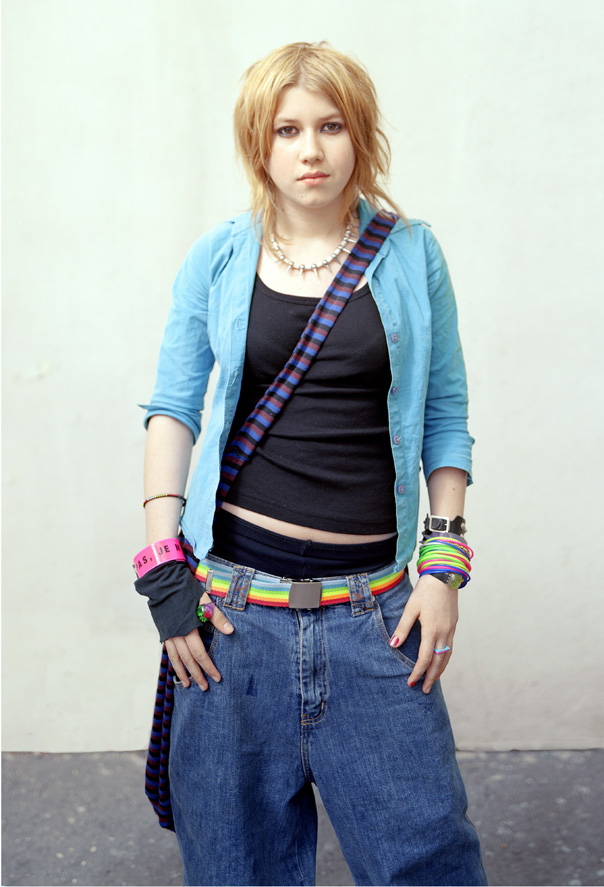 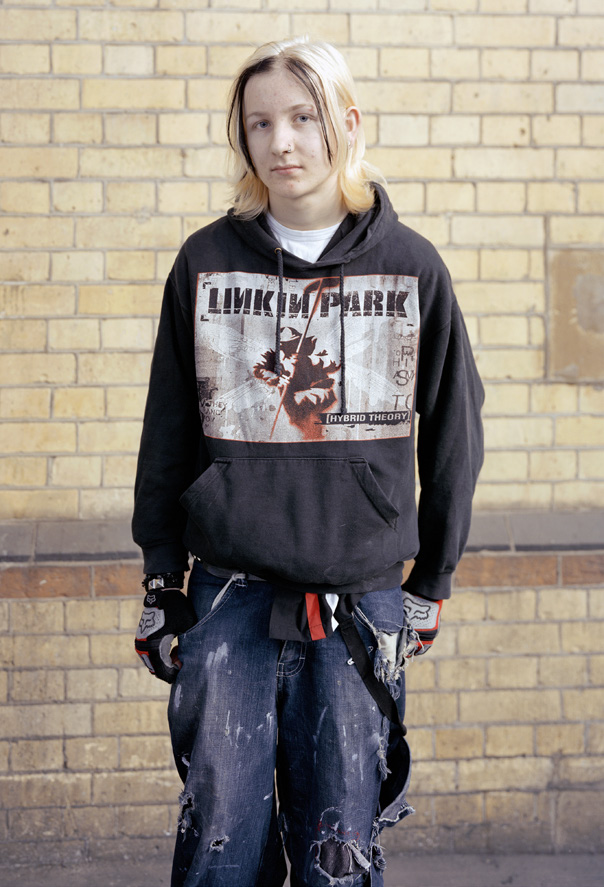 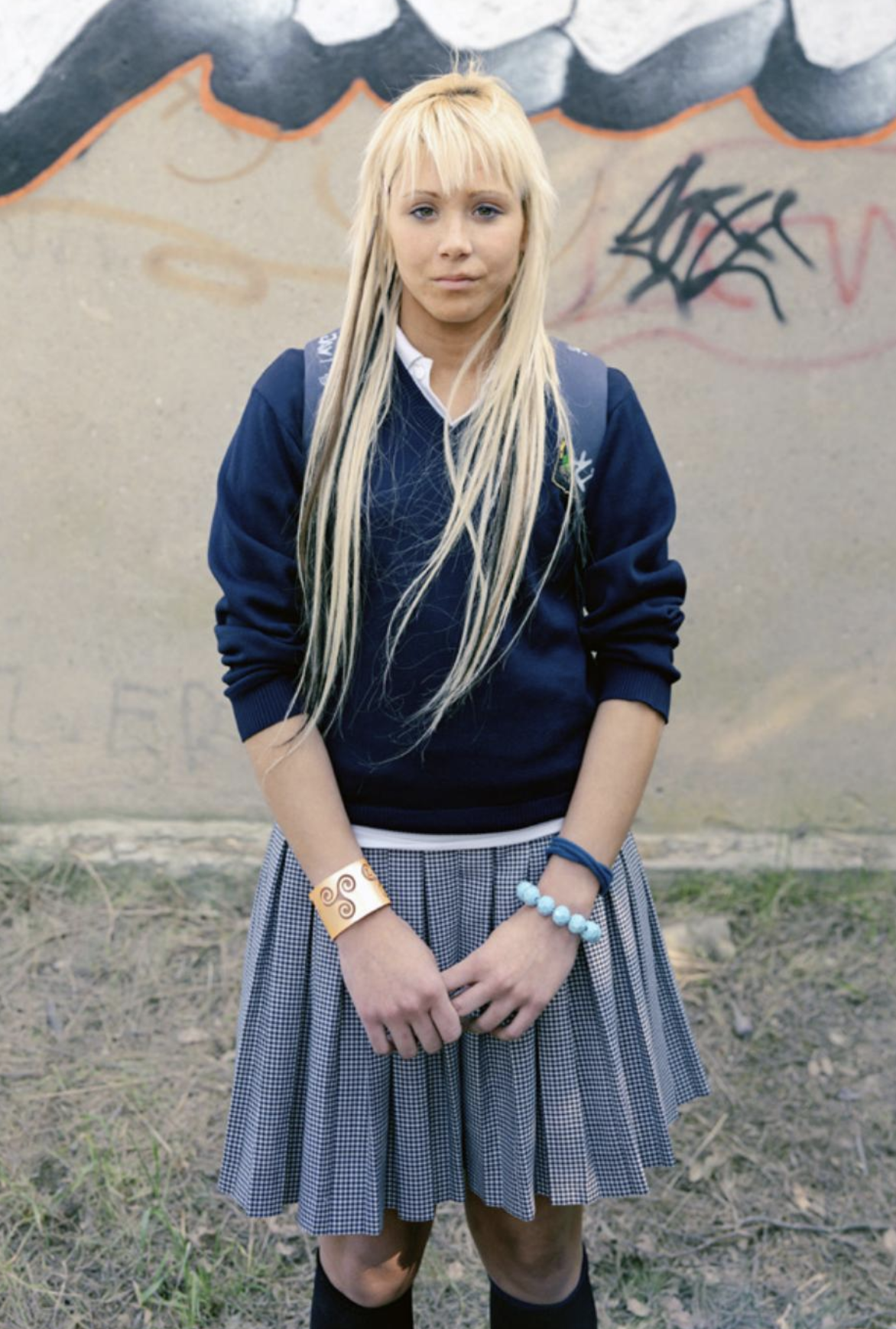 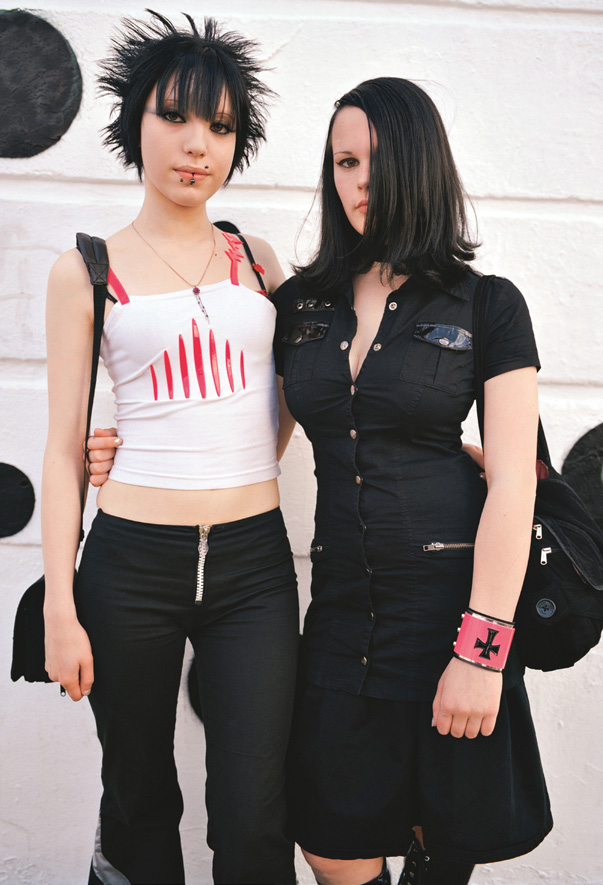 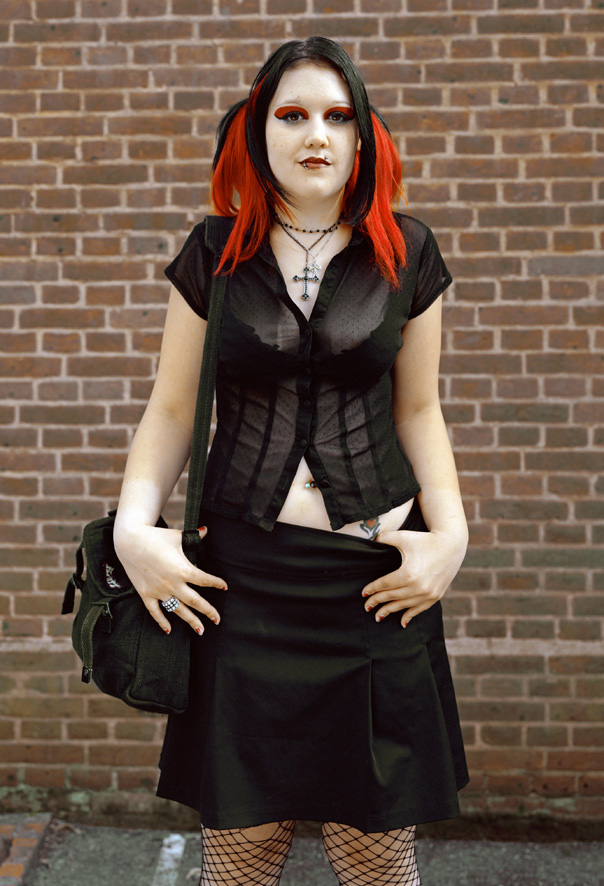 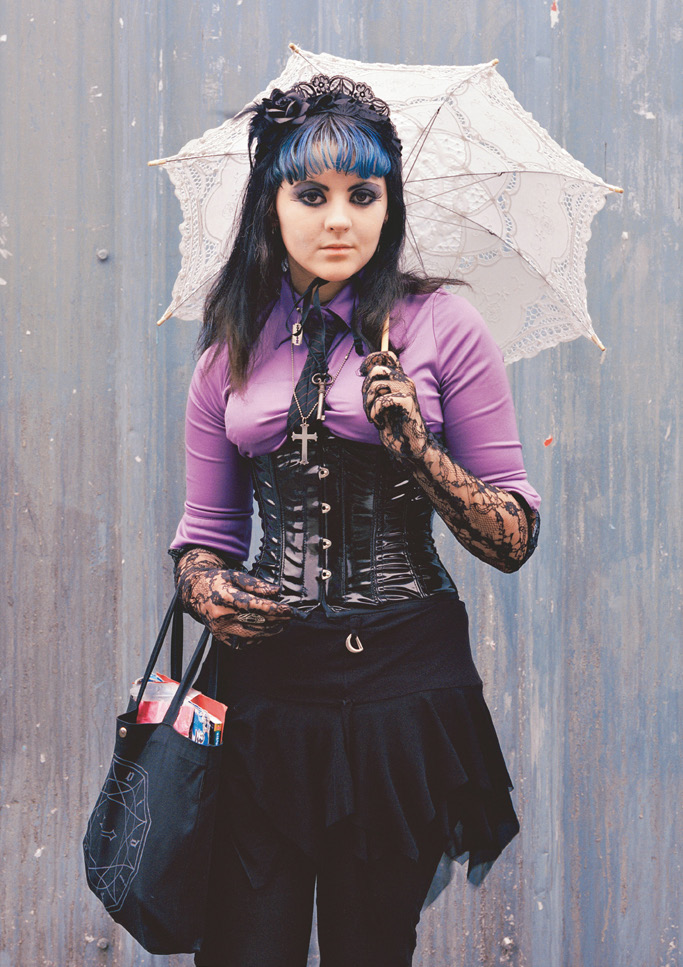 Trained at Paris’ Beaux-Arts grande école, French artist Catherine Balet worked as a painter until, one day in her studio, she lost inspiration and felt the need to travel the world. A restlessness coinciding with the arrival of Photoshop (and new photographic possibilities, allowing a photographer to keep total control of their images from start to finish) was her catalyst for change.

“Previously I had lived several years with a photographer who worked with a large format camera,” says Balet. “I was lucky to inherit one of his cameras when we split and I was looking for an inspiring subject to work in the frontal style imposed by large-format portraits that, because of the weight of the camera, makes it a slow process almost like a ritual.”

Voilà: Balet’s 2004 project Dress Codes began in Paris, before travelling to London, Berlin, Barcelona and Milan. The portraiture project documented teens, who so often feel individual, and recognised them in the context of broader tribes via signs, labels, codes and icons that have social and aesthetic significance. Apart, but not alone, they’re far from singular, shaped by global influence, tuned in their own locales.

“What I liked the most was the contrast between the powerful expression of a garment, political or musical, and the very sensitive sweet fragile young person wearing it,” Balet explains. “It felt as if he or she was carrying an armour much too heavy for them.”

Catherine Balet: I began working on this project in January 2004, when the French government was de-bating about the fact that religious signs should be banned from schools. It just seemed a little paradoxical to aspire for school neutrality at a time where the vast majority of young girls and boys were the living expression of marketing and political signs. It inspired me to review all the signs, labels, codes, icons that had a social and aesthetic significance in the teenage world. The concept of the project was to explore self-expression of school pupils through fashion in their quest of identity. It would concern teenagers between 13 and 18.

DMD: Did the project start purely as a document of one city?Or did you always intend it to travel?

CB: My projects always begin small. If the project makes sense, it gets inspiring and invites bigger plans. Starting in Paris, it extended to London, Berlin, Barcelona and Milan, and gradually grew into a documented collection of the dress codes in European schools referencing tribal subdivisions. I was curious to see if the same references were everywhere, as, there had never, at any time, been such a large variety of styles. Europe was a very exciting concept in these days, converging to homogenisation and the spread of commercial brands in a certain uniformity due to a global culture. From one city to another I discovered the same music, fashion, brands, bands and labels.

DMD: Did you photograph across each city or work from a base?

CB: I tried to collect maximum information from local friends on the different type of schools where I could find the most interesting subjects. I started to pull the thread that brought me to another school and so on. I studied a map to locate places, from east to west and north to south. I made a panel of all the different type of schools in each city where I could meet the most expressive young people in terms of looks. I wished to capture the largest possible variety, from the richest to the poorest neighbourhoods that often had a very different approach to fashion. Once I spotted most of the trends, I took the time to find the teenager who would embody the whole style on his own.

DMD: What are your thoughts on the notion of individuality vs collective identity?

CB: I agree that what some parents considered as a ‘dictatorship of appearance’ had, at the end of the day, the same demands as uniform. Each detail is codified.

When I asked my models how they would define their style, they often answered ‘I generate my own style’ or ‘it’s me’ even though he or she was totally similar to other teenagers I had met.

Teenagers in their struggle for identity and self-esteem are troubled by an urgent desire to be different and usually adopt the codes of a group. It makes them feel more secure about who they are, how they dress and how they act. In order to assert themselves, they adopt behaviours that make them feel unique in this large urban world.

DMD: Music has an inextricable link to style. It’s through music cultures that teens often begin to construct/align their look and identity. It is seen in this project as much as fashion...

CB: I agree, for teenagers the best way to fight conformism and to dream of rising out of their lives is to look like someone who is free and happy or perceived to be so: a musical group or a singer. Someone who represents an ideal. Teenagers look for who they want to be or how they want the others to see them, what values should guide them. Through the lyrics and the philosophy, music carries these values, and creates a new family. It gives young people keys to how to position themselves facing the world hiding behind borrowed identities. It’s not only a look, it is also a state of mind, a way of being, a true global style.

I met teenagers for whom music was central but mixed the styles, confused the codes, wishing not to belong to one unique tribe or define themselves and create a plural identity.

DMD: What was your casting approach?

CB:I used to hang around schools during the opening and closing hours. I would scan the fast flow of rushing young pupils and had to react quickly and surely to choose the right subject. I sometimes followed them where they were used to get together. It was exciting but wasn’t always easy as people get suspicious when a stranger hangs around a school. It took time as I was looking for someone with the total look, who had something deeply genuine.

DMD: What delighted you?

CB: Many details were different from one town to another. They reflected the complexity of the history of each country and the influence of its migrant population, which were usually the most alienated to brands, often creating their own local ones. I noticed the cultural codes were influenced by Turkish style in Berlin, North African in Paris, and South American in Barcelona.Some cities adopted a brand that could not be seen in any other country.

London was the most striking in terms of contrasts and eccentricity as opposed to the constraint of tradition, when in Berlin, codes were more extreme. In Paris there was more freedom of expression. On the contrary in Milan I noticed the teenagers’ garments were extremely coded, very much defined by brands, without much originality.

DMD: School uniform, which you photographed in London and Barcelona, is intended to make each pupil the same. Yet through styling gestures that can be subtle or crude, it’s a powerful backdrop for imposing rebellion and self-expression. What were your observations?

I noticed that most pupils wore mutated versions of their school uniform, and spent a lot of time and imagination finding ways of making it smarter. I love the contrasts between the imposed constraints of a straight uniform and the creative techniques to circumvent constraints: the shortened ties, the rolled-up skirts, the shirt-out-of-the-pants, anything that would bring them into conflict with school staff. It went from straight to vulgar, from clean to tatty. Shoes were a central element in expressing differences: platform shoes or unpolished. Other details included chipped polished nails. Some pupils would say, ‘it looks good on me’ or ‘it’s very smart and I feel like an FBI agent!’ Others, ‘I hate it so much, it’s a horrid burgundy colour with the stupid school label on it!’

DMD: What fascinates you about school uniform?

CB: As a French child, born to an English mother, when visiting my family in the UK I was to-tally intrigued. They were exotic, mysterious and I thought they could really look elegant. How would I have the opportunity to wear a red and yellow stripy tie otherwise?It felt like a happy community that I wished so much to be part of as England was the land of my heart.

DMD: What do you admire about the teens you photographed?

CB: I admire the teens’ strength to impose who they are, in a complex mix of narcissist determination and inner fragility. It reflects their struggle for identity and self-esteem, characterised by this complex time of mutation.

DMD: What can teenagers teach us?

CB: Because of the evolution teenagers are going through, there is an incredible sense of life and death behind it. In transition between two worlds, they are still inspired by the innocence of childhood and enter the world of adulthood with the promise of something new, where all is possible, where hope cohabits with despair. Their emotions become more intense and they aspire for world peace, environmental protection, advocating tolerance. We should listen to them more, especially in these troubled times we are living right now.

Sign up for our regular newsletter updates. Hit enter to submit.